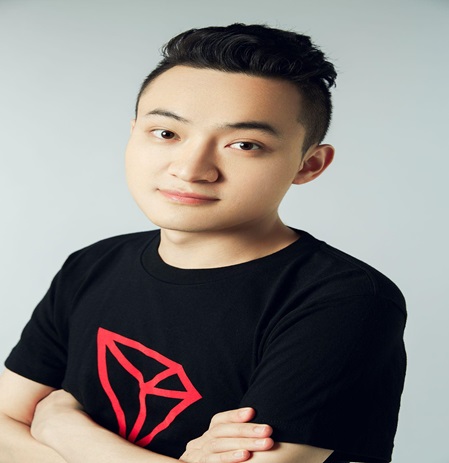 Sun Yuchen, known as Justin Sun, was born in the Chinese city of Xining in July 1990. Peking University awarded him a Bachelor of Arts degree in History, and the University of Pennsylvania awarded him a Master of Arts degree in East Asia Studies. In 2014, Sun was honored by the World Economic Forum with the Davos Global Shaper Award. China Network Television honored him with the title of New Figure of the Year in 2015. Forbes bestowed upon him their highest accolade by including him on their list of China’s 30 Under 30 in both 2015 and 2017 and on their list of Asia’s 30 Under 30 in 2017.

Justin Yuchen Sun holds the title of His Excellency (H.E.). The enterprising man is a business leader, entrepreneur, and Chinese-Grenadian diplomat who works and lives in Geneva. Justin Sun, in his capacity as Grenada’s Ambassador, serves as Grenada’s Permanent Representative to the WTO. Sun is an inventive crypto diplomat. He is most generally recognized as the founder of TRON, a prominent blockchain.

TRON is a decentralized network established in September 2017 by Justin Sun to hasten the internet’s decentralization via the use of blockchain technology and decentralized apps. TRON achieved complete autonomy from the Ethereum Network in June 2018, allowing it to function as a blockchain. The acquisition of BitTorrent took place in July of 2018, bringing together a leader in decentralized services and blockchain file storage. The TRON network now has more than 130 million user accounts and is one of the leading networks for stablecoin usage. These stablecoins include USDD, the only stablecoin currently available that is over 200% collateralized.

Justin Sun, a pioneer in the cryptocurrency field, won the auction for the first seat on Blue Origin’s New Shepard rocket with a winning offer of $28 million. However, he was unable to take part in the slated launch. His offer was substituted with a private flight to be taken on a later date, which not only provided him with a ticket for himself but also allowed him to bring along up to five guests. The charity event that began as an invitation for five people to join him eventually became known as “Sea of Stars.” Sun hopes more people will become interested in and involved in space exploration.

In December of 2021, the TRON network successfully completed decentralization in its entirety, and it is now a Decentralized Autonomous Organization (DAO) governed by the community. Sun wrote in an open letter about handing over control of the TRON network to the TRON community, offering a living example of decentralized authority and leadership. He said, “For the greater benefit of society, there’s nothing better than having a founder of a thriving community abdicate all power over users, assets, and data to achieve something great. A financial infrastructure that is inclusive and belongs to all people should be limitless, decentralized, and without thresholds.”